Hi everyone! Happy New Year! Sorry I'm late...actually very late for that.... sooooooooo late......I've been busy busy with questing, and you'll see why. First I did some more Wild Bunch butt kicking with the Magnificent Seven, and I was eager to get one of them on my crew. I really wanted Jane Canary, but I was still happy with Duck Holliday. Take a look. (a.k.a Screenshot Story) 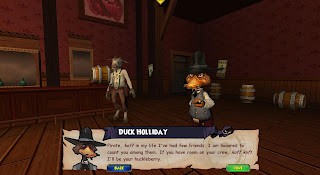 Duck has pretty good skills, and I'm happy he's on my crew. After Duck left, Timmy joined them, and I felt very happy for the little guy. 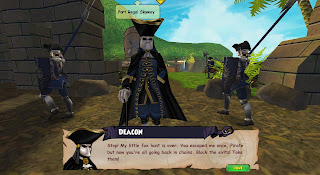 Then we had an encounter with Deacon, which was not very pleasant. 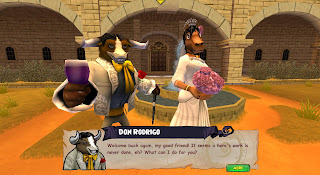 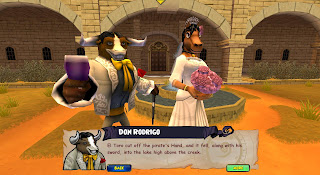 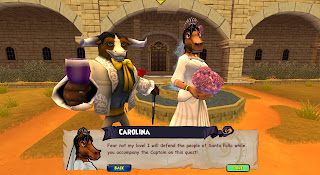 And then El Toro joined my crew! He has amazing hits, and will be my firstmate forever.


And then Captian Blood... 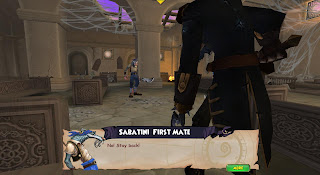 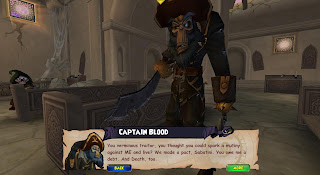 And then I had to get some cards...

Woah...I just realized something, I have wayyyyyyyyyyyyyyyy to many things to show you guys in pictures, so I guess I'm going to have to write. I have no idea what level I was back when I was doing these old quests, but now I'm level 49! I'm super excited for Aquila and Marleybone but for now I guess we are all going to have to be patient. I was very excited after this to go to Mooshu, which was very beautiful and stunning, and I wanted to stay there forever. However, after a couple battles with some new enemies, I wanted to leave right away. Moving on to companions. I have gotten some new companions such as-  my first Mooshu companion, Hidenari Kuga, and my new first mate, The Monkey King. Monkey King is great, I just wish he was more accurate some times. As for Hidenari Kuga, he has great accuracy, I just wish he hit with better damage.

And now I'd just like to say that this is going to be my little post and I may have bigger posts later that have indepth descriptions of my adventures to level 50. As I am typing, KI is updating Marleybone and Aquila! I'm super excited and very happy that they have finally come.

Personally, I thought the ending to the game was pretty great. 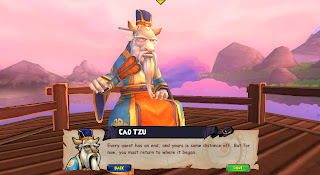 It was so simple, but I thought it was kinda creative. 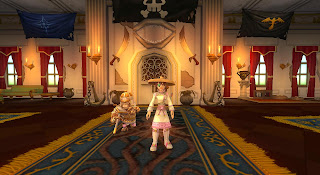 So I leave you now, as a level 50 musketeer. And yes I know I'm a lazy poster.

Thanks for putting up with me,
Paige :)

Posted by Paige Daisypetal at 10:15 PM